It's been a while coming but Guerrilla Filmmaker version 2.0 is finally ready. We have been working hard in the past few months to deliver a major update to the app. The update includes a sleeker interface design and a complete design overhaul of the settings and film library sections of the app. There are also a bunch of new features as well as tweaks to the old features, all based on feedback from our users. 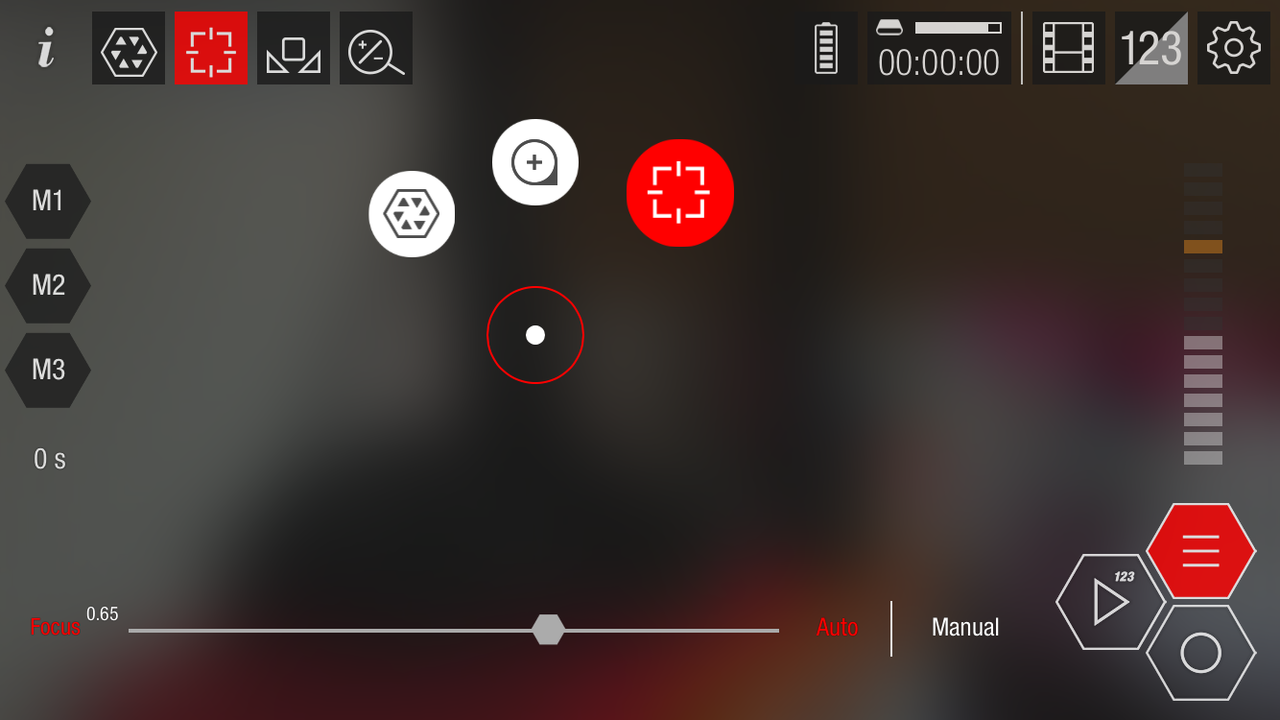 In version 2.0 we have given access to many more settings such as the most frequent feature request - adjustable video bit rates. As well as audio formats and audio sample rates, custom aspect ratios and more.

Here are some of the highlights:

The new settings panel allows you to quickly see an overview of all your settings at once by either tapping the settings icon once or by peeking with 3D touch. 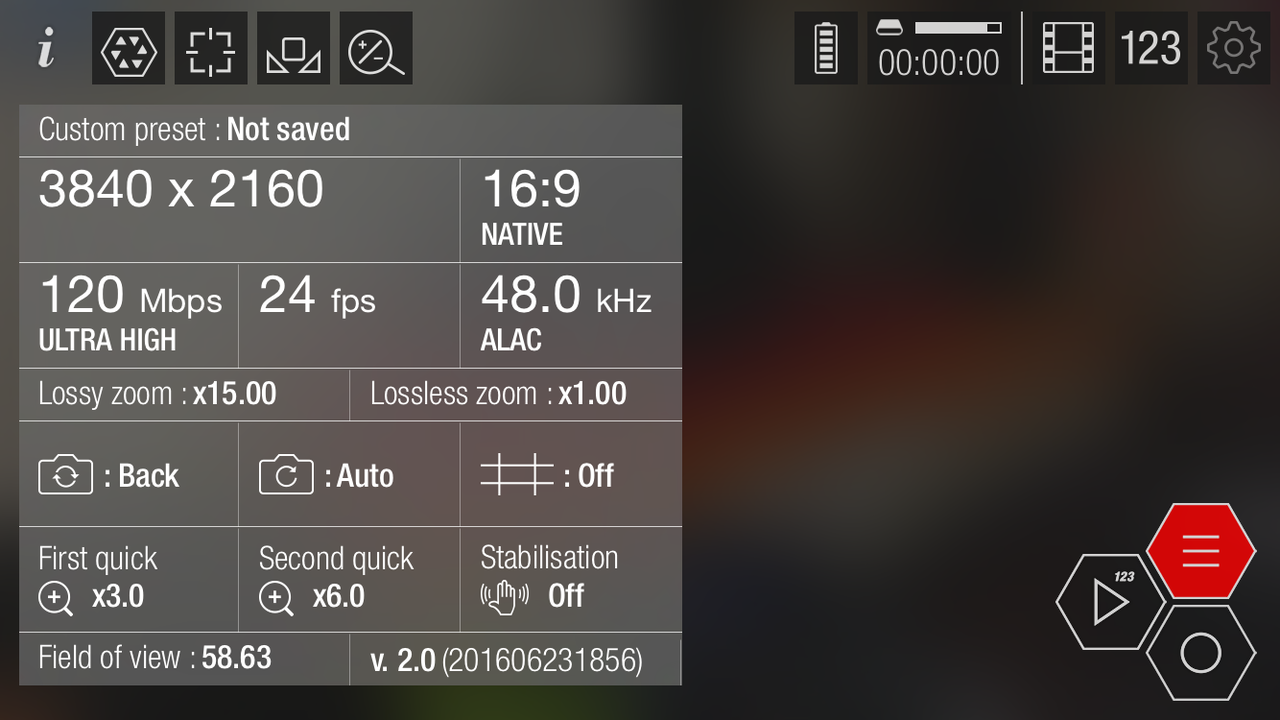 You can tap any setting in the overview panel to quickly open the relevant section and input for that setting. 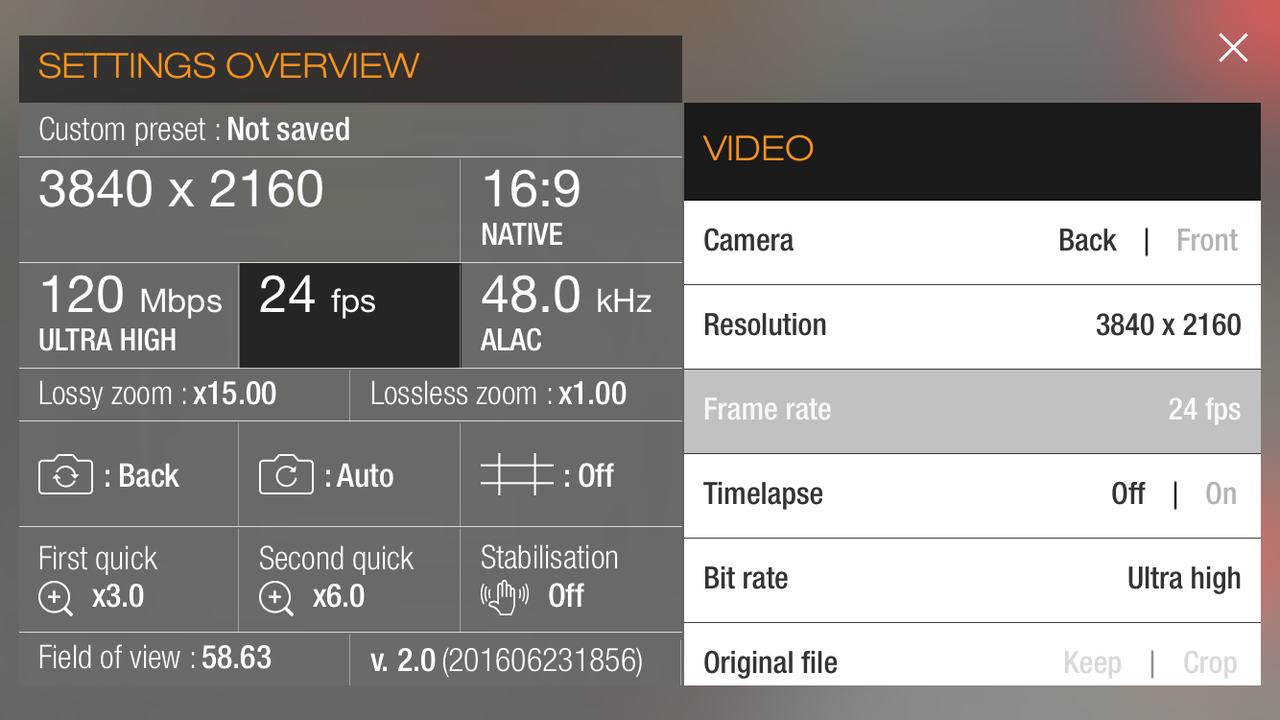 You can now set four different video bit rate settings based on your devices default recording bit rate (the video bit rate that the built in camera app uses). 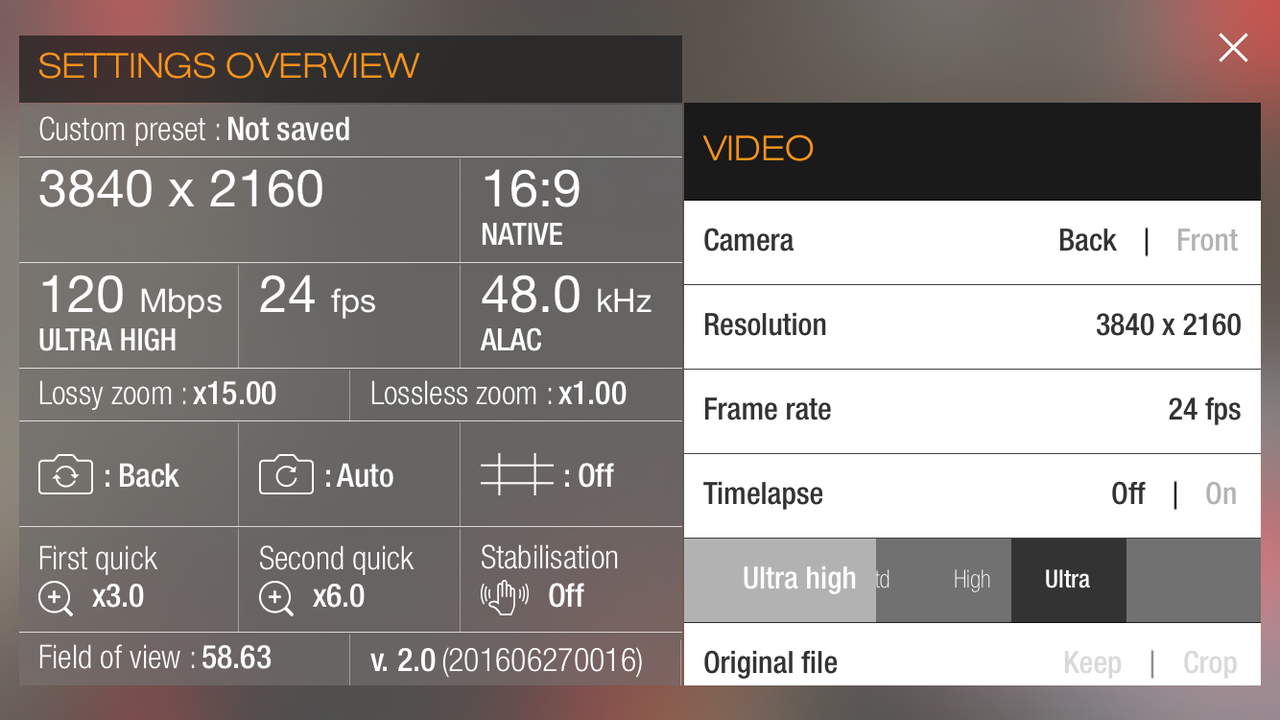 Please note: The bit rate shown in the settings overview is an estimate of what the average bit rate of the recorded file will be. The actual bit rate will vary depending on the video recording.

A new timelapse setting switches the Frame rate setting to Time rate so instead of recording in frames per second (fps) you can record in seconds per frame (spf) allowing you to compress hours of action into a few minutes. 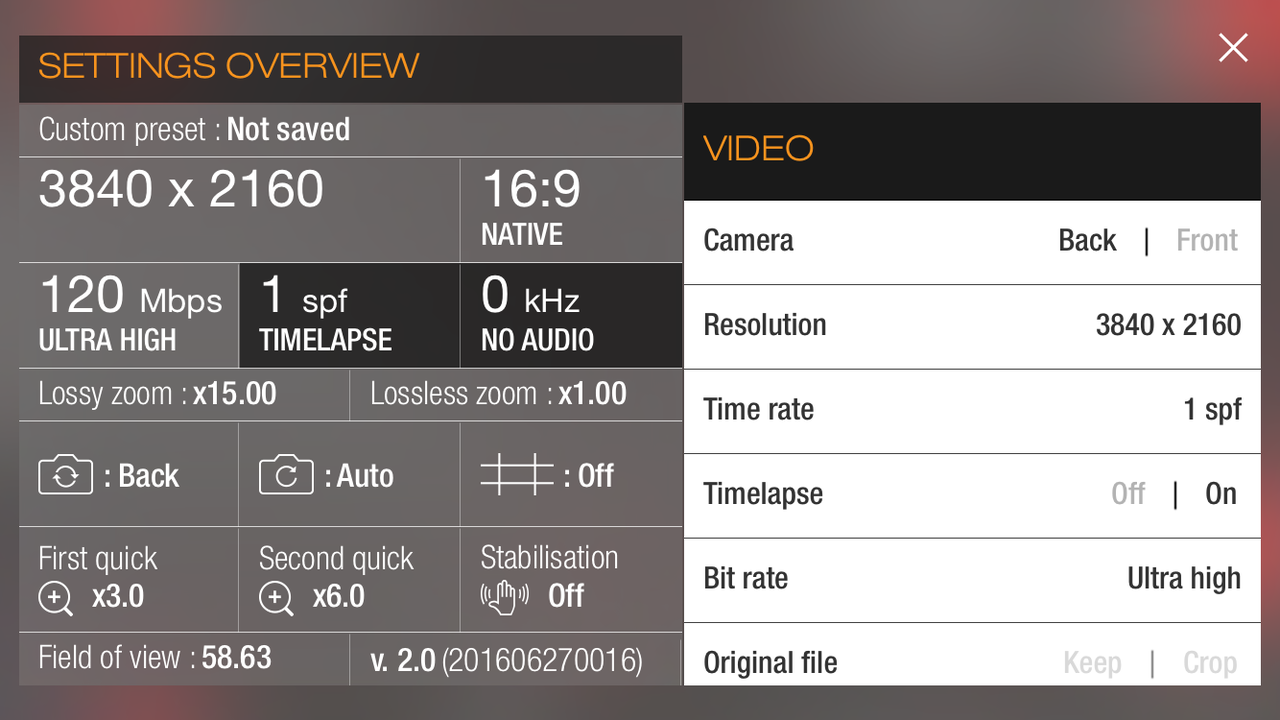 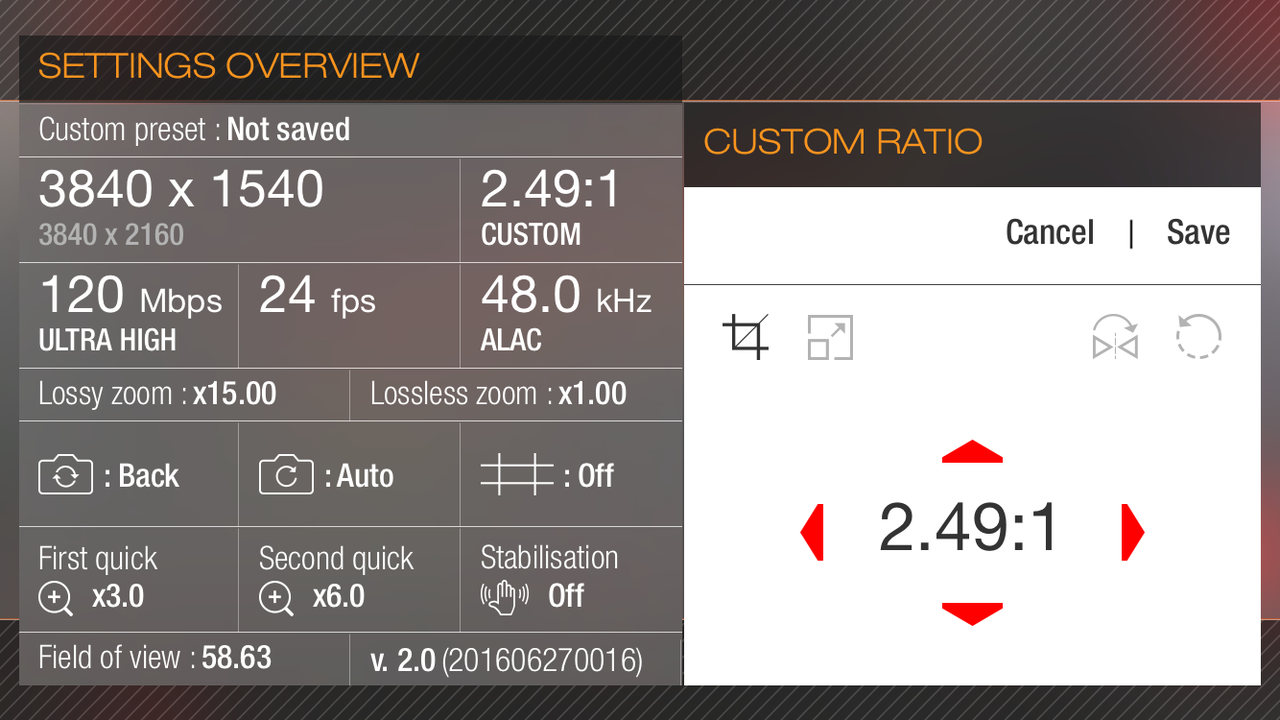 Custom aspect ratios have been designed so that you can set options such as resizing to the new ratio instead of cropping, rotating the image or mirroring the image. These options allow you to create aspect ratios to support any external lens. For example the preset aspect ratio for the Moondog Labs anamorphic lens uses the resize option instead of the crop option so that the image becomes desqueezed in app.

You can now select the audio format and sample rate that you would like to record with. 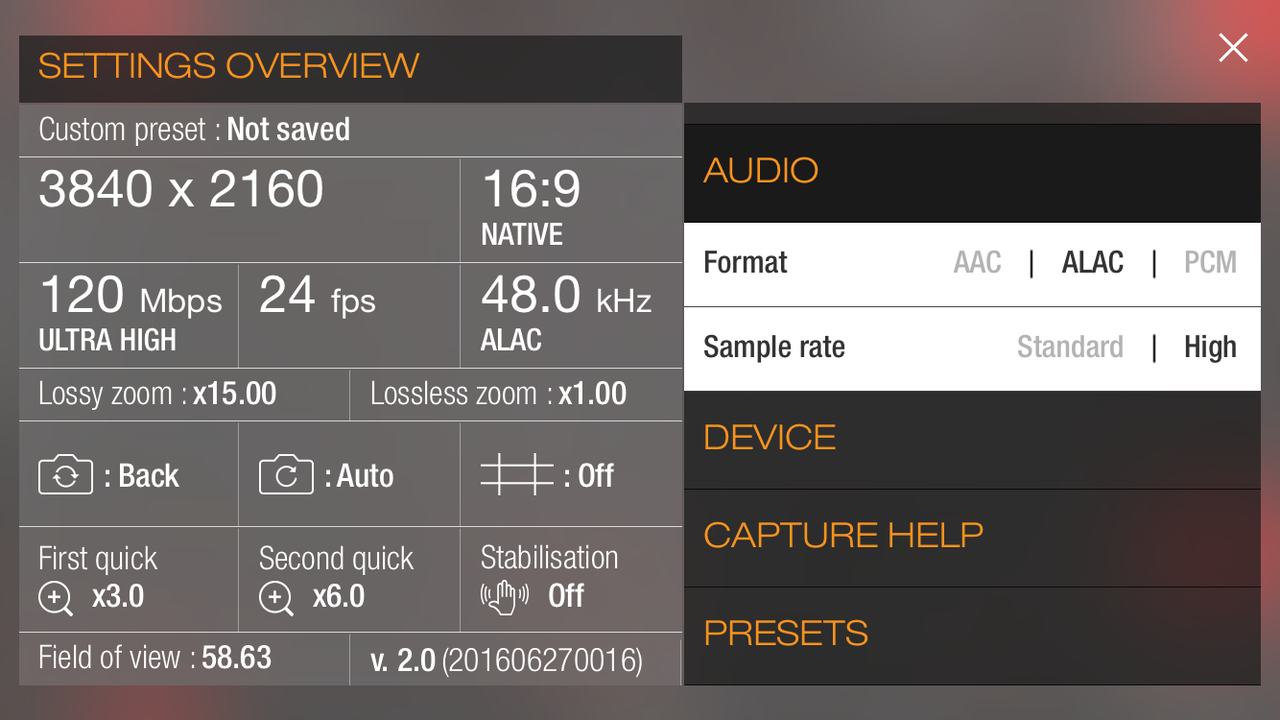 We have also added audio level monitoring that you can easily swipe on or off the screen. 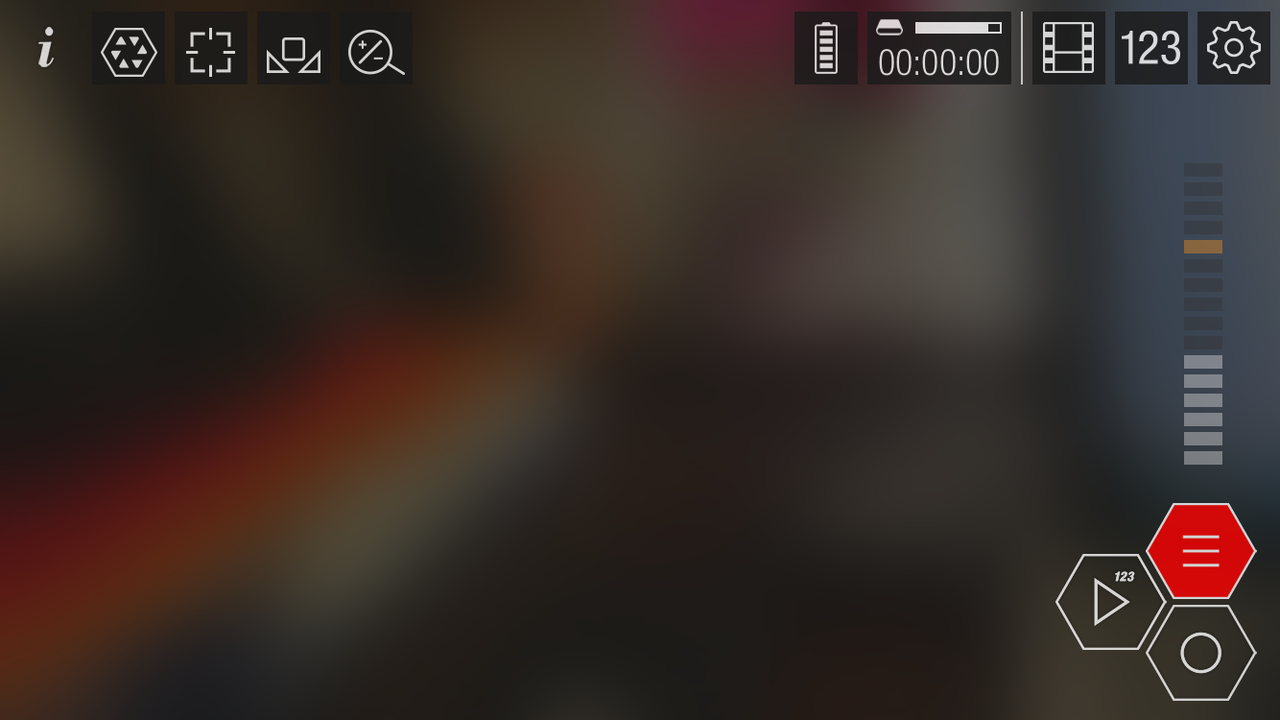 More audio related settings will be added in an upcoming release.

You can now create and name as many custom settings presets as you need. 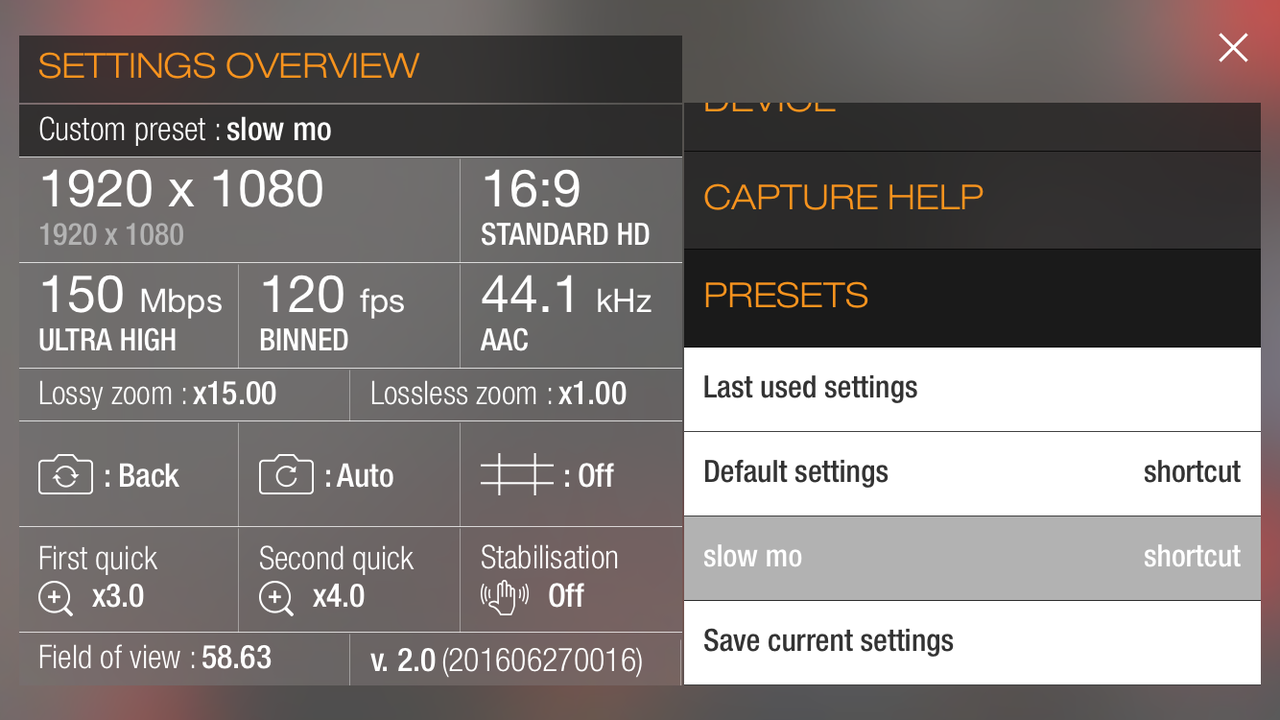 If you have a device that supports 3D touch, then you can also set up to four presets as home screen shortcuts. Home screen shortcuts are accessed by 3D touching the Guerrilla Filmmaker app icon. This will pop up a list of your defined presets and when one is selected the app will start in that preset configuration and begin recording immediately.

Watch this help video for a summary of the new settings section in action.

The new film library allows you to scroll through all your clips in the right hand panel and see details of the selected clip in the left hand panel. 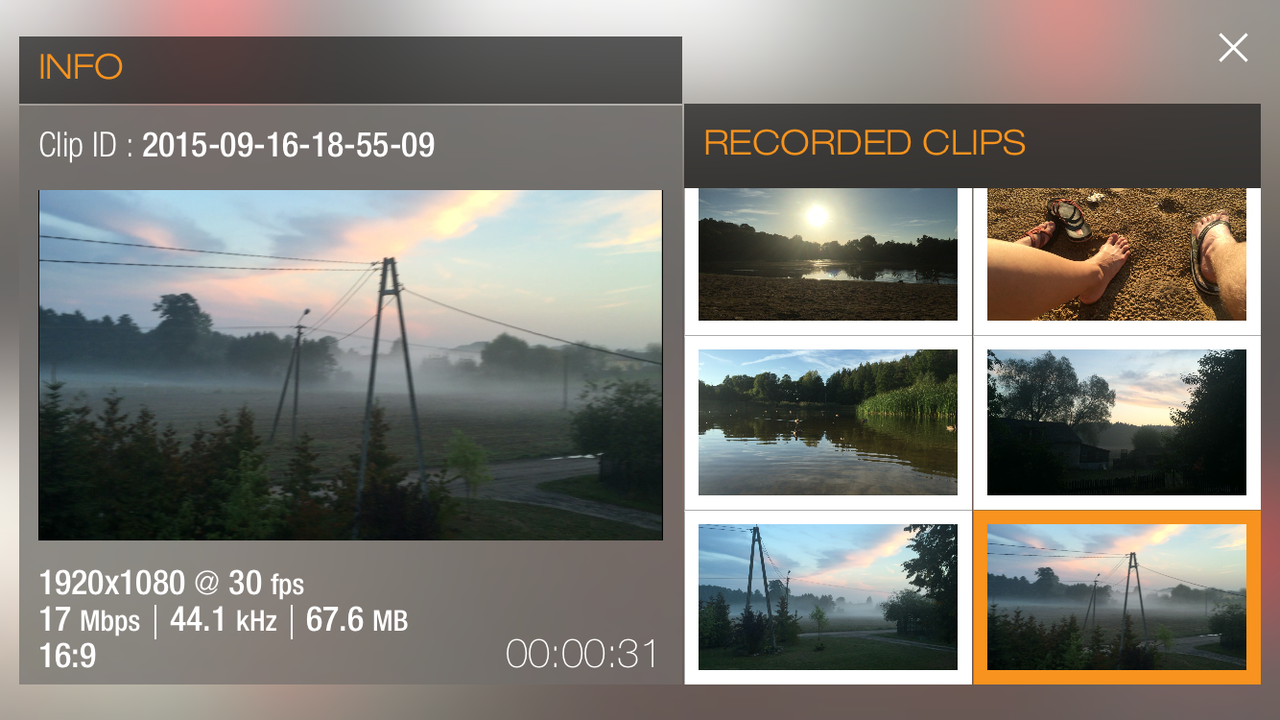 Watch this help video for an overview of the new film library. 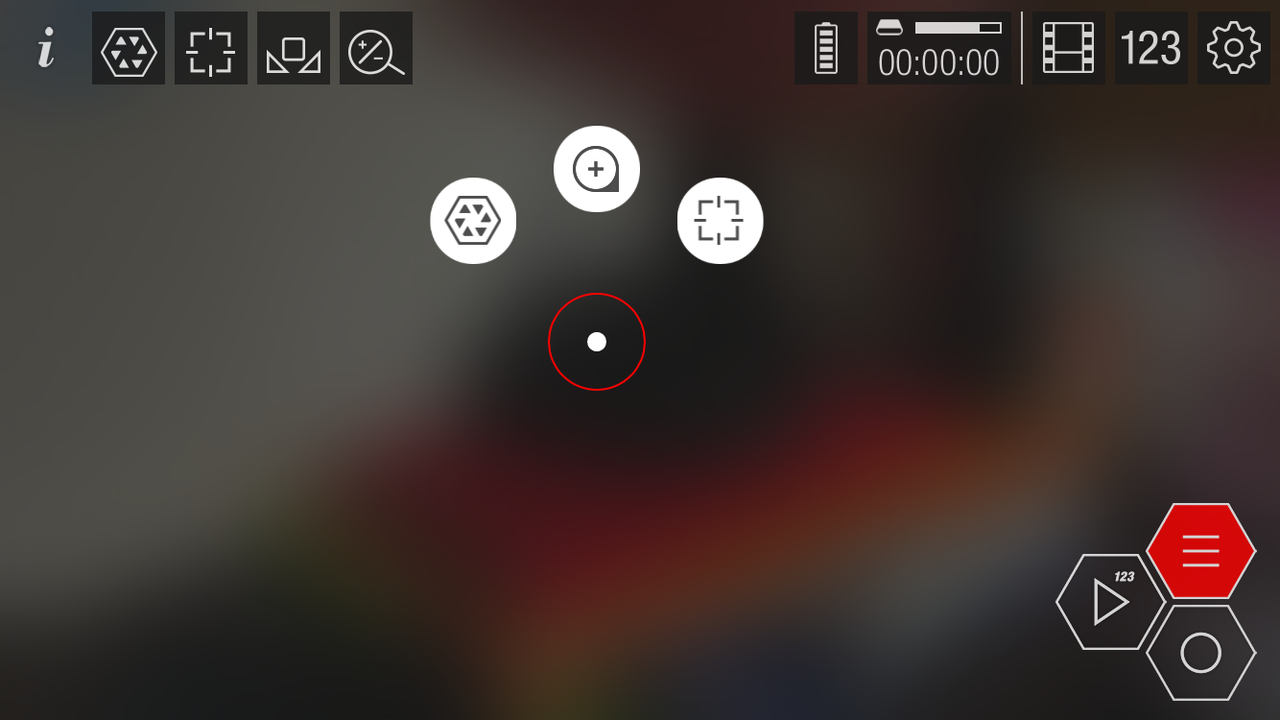 Long press anywhere on the screen to bring up the capture help menu. Choose to focus at this point or expose for this point and then lock focus or exposure to prevent further changes. Or bring up the inspection window to enlarge the area centered at this touch point. 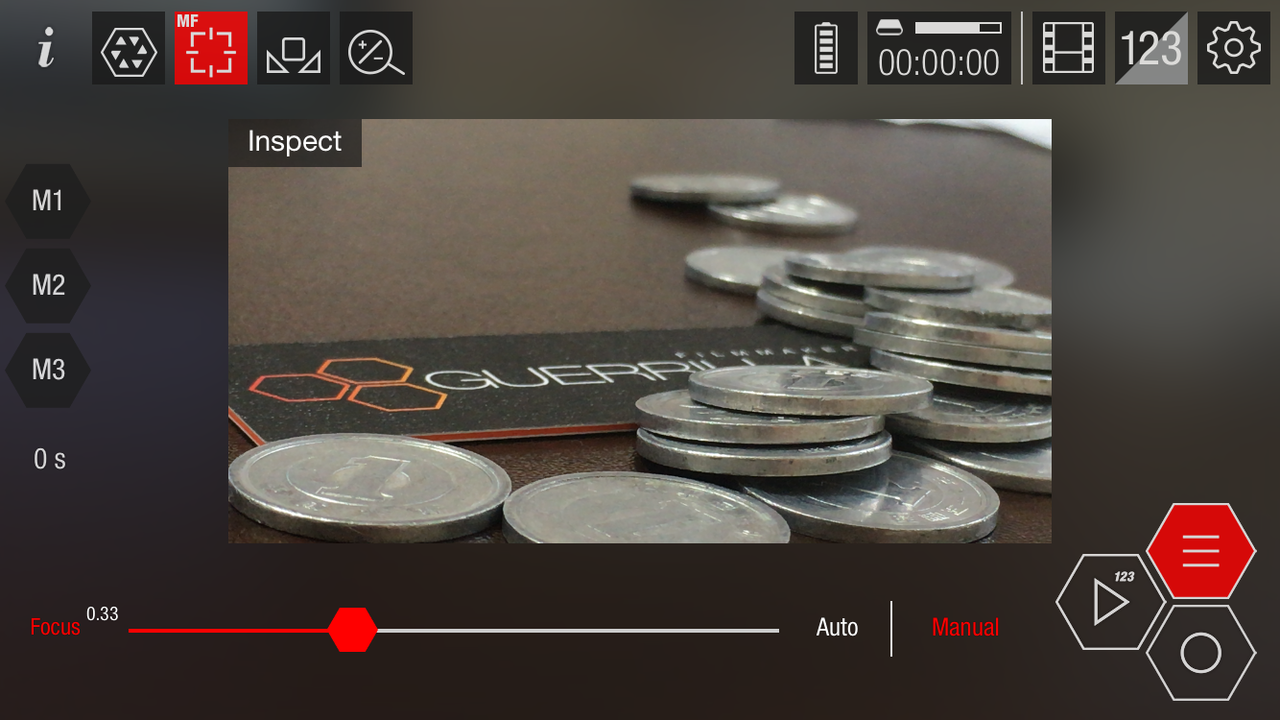 Within the inspection window you can pinch to zoom in and out and toggle through the capture helper tools for the active function. The tools include:

Blown out highlights are colored red. 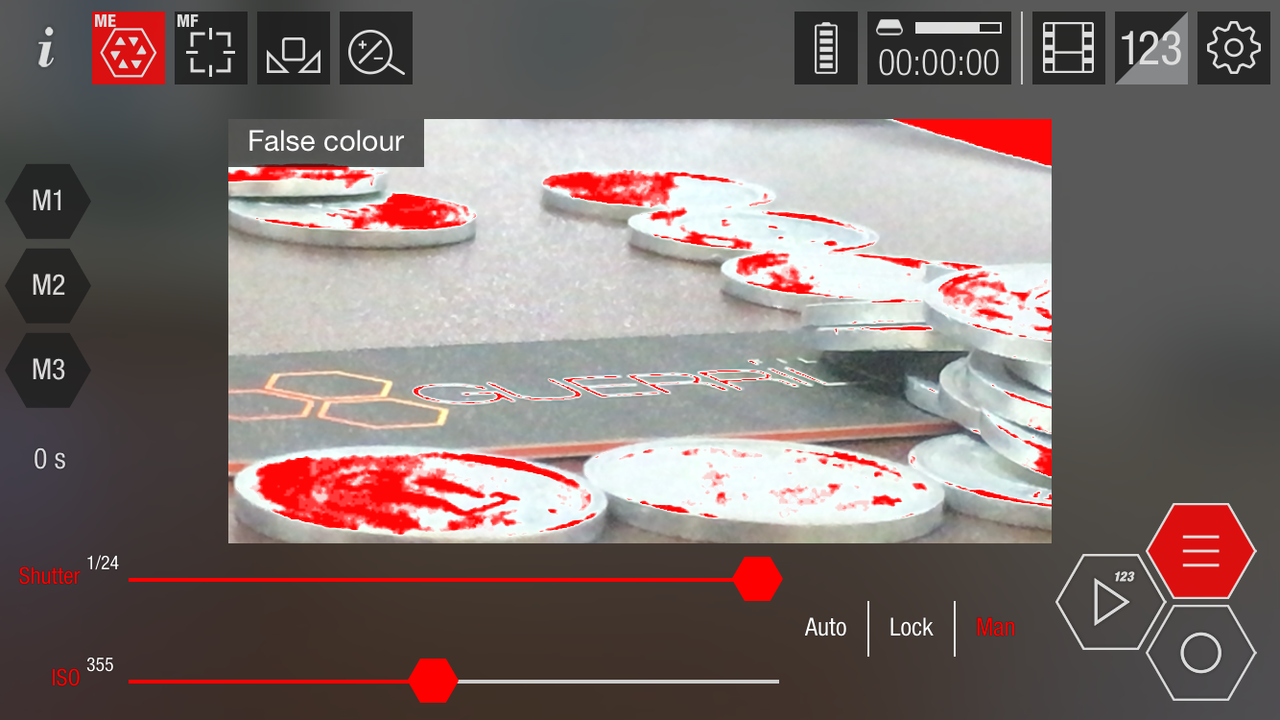 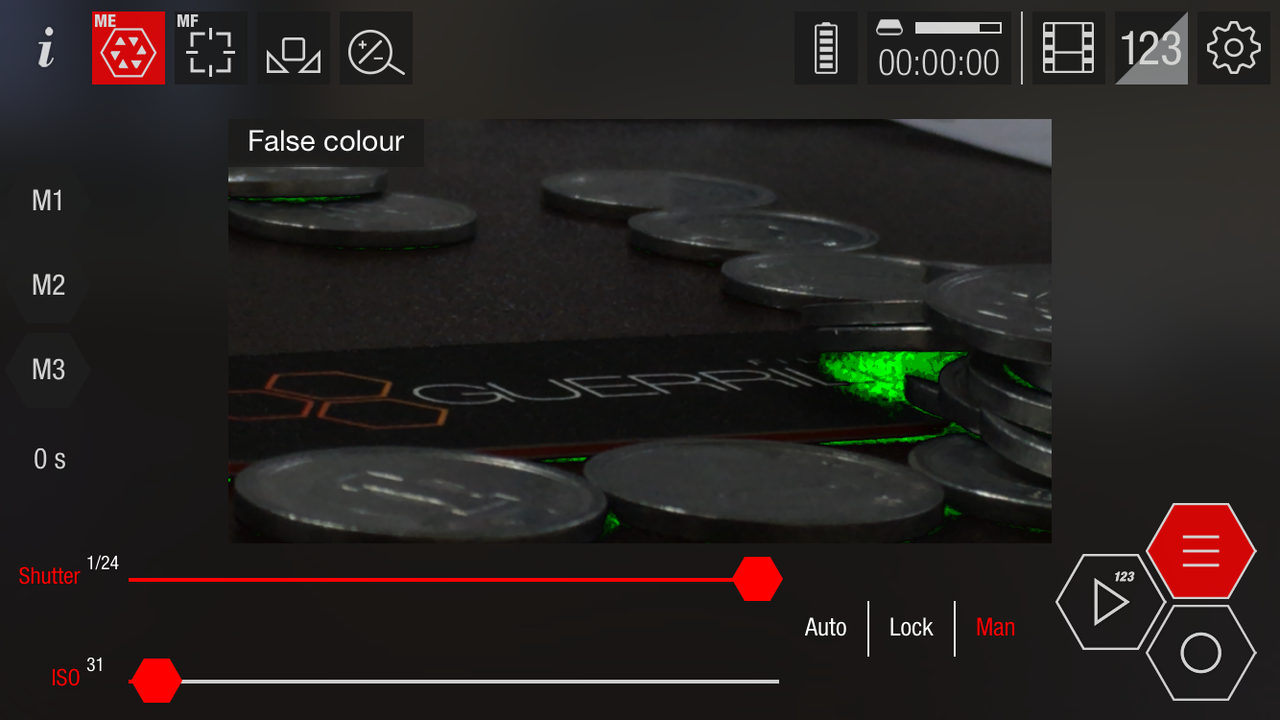 Areas in sharp focus are highlighted. 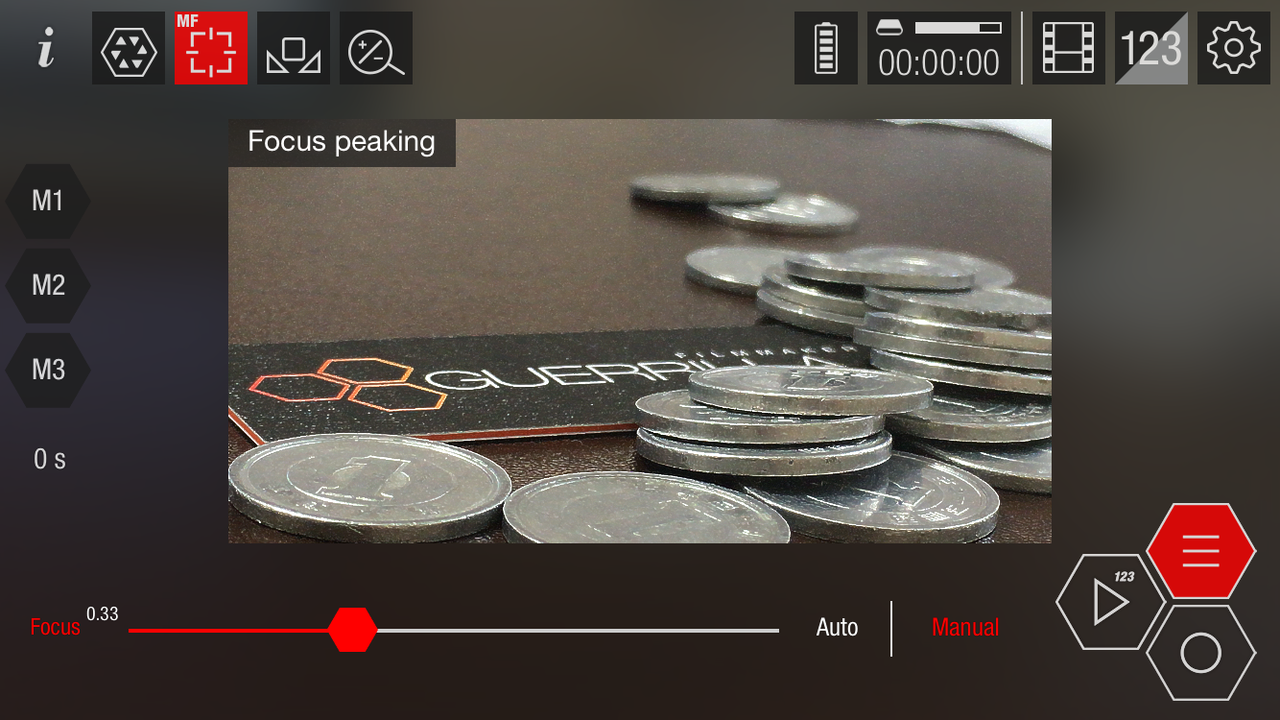 Only the edges that are in sharp focus are shown. 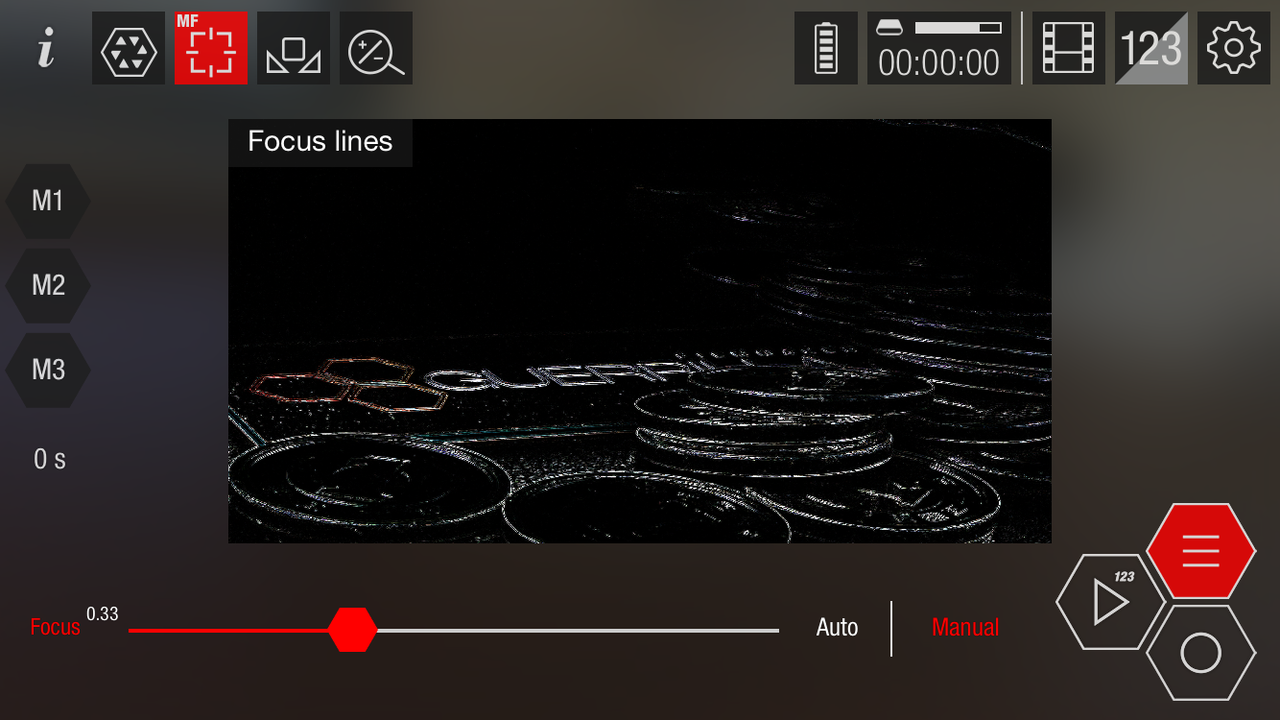